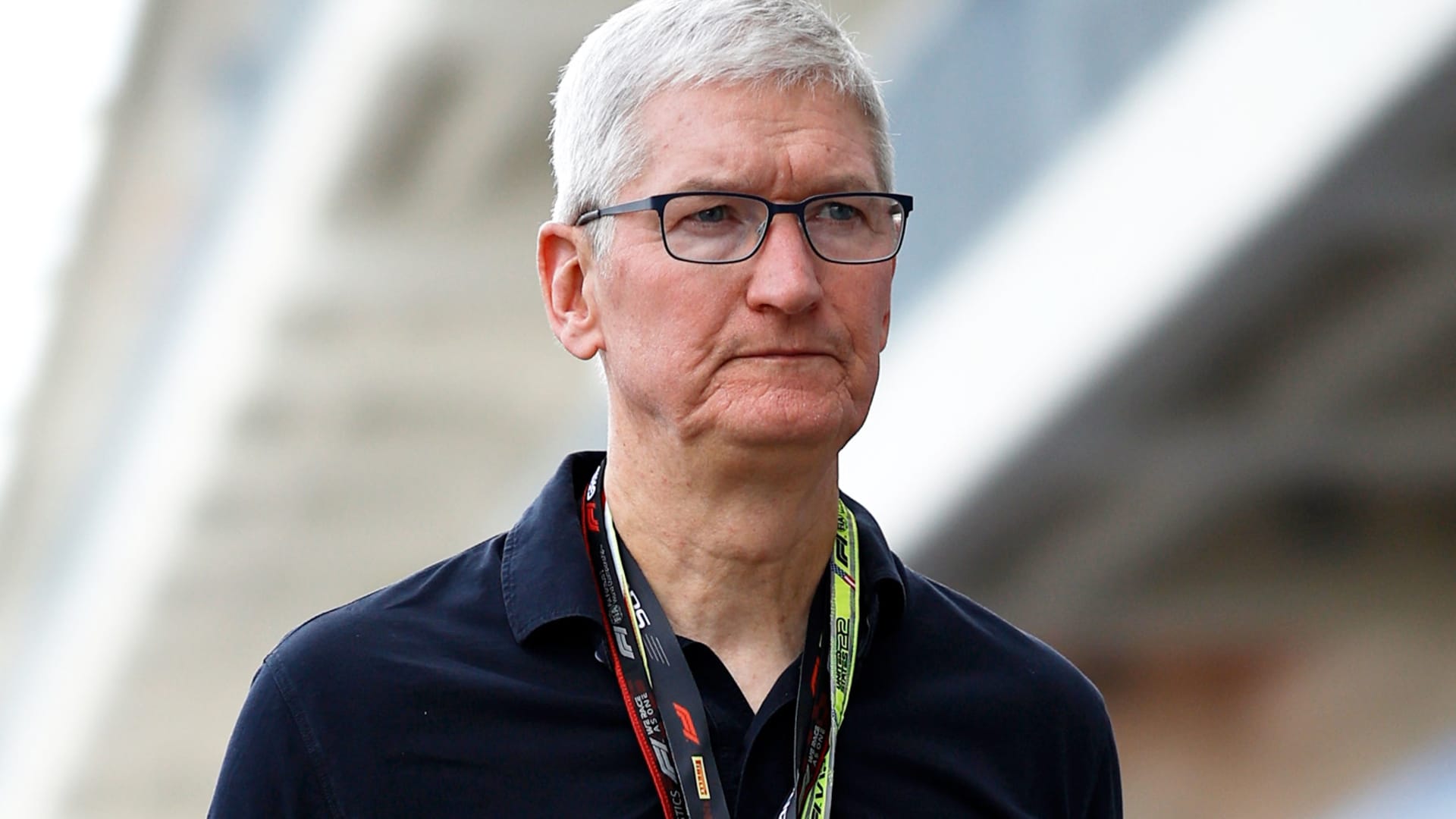 Tim Cook walks in the Paddock prior to the F1 Grand Prix of USA at Circuit of The Americas on October 23, 2022 in Austin, Texas.

Apple shares fell more than 3% during intraday trading on Tuesday, giving the iPhone maker a market capitalization under $2 trillion for the first time since May.

Apple first hit a $2 trillion valuation in August 2020, as the pandemic boosted its sales of computers and phones for remote work and school. It briefly hit a market value over $3 trillion during trading in January 2022.

Apple struggled with iPhone 14 Pro shipments during the holiday season because of Covid restrictions on its primary factory in China. Investors are also wary of rising interest rates and declining consumer confidence, which could hurt demand for Apple’s premium-priced products.

A recent report from supply chain analyst Trendforce said it saw Apple’s iPhone shipments declining 22% in the December quarter. Apple has told suppliers to make fewer components for products including AirPods, Apple Watch and MacBook laptops, according to Nikkei.

Apple is the last big company to give up its $2 trillion valuation. Previously, Microsoft hit the $2 trillion mark but retreated from it in 2022.

The broader market is down Tuesday, with the S&P 500 index falling nearly 1% during trading. At just over $124 per share, Apple would hit its latest 52-week low if it closes at the current price.